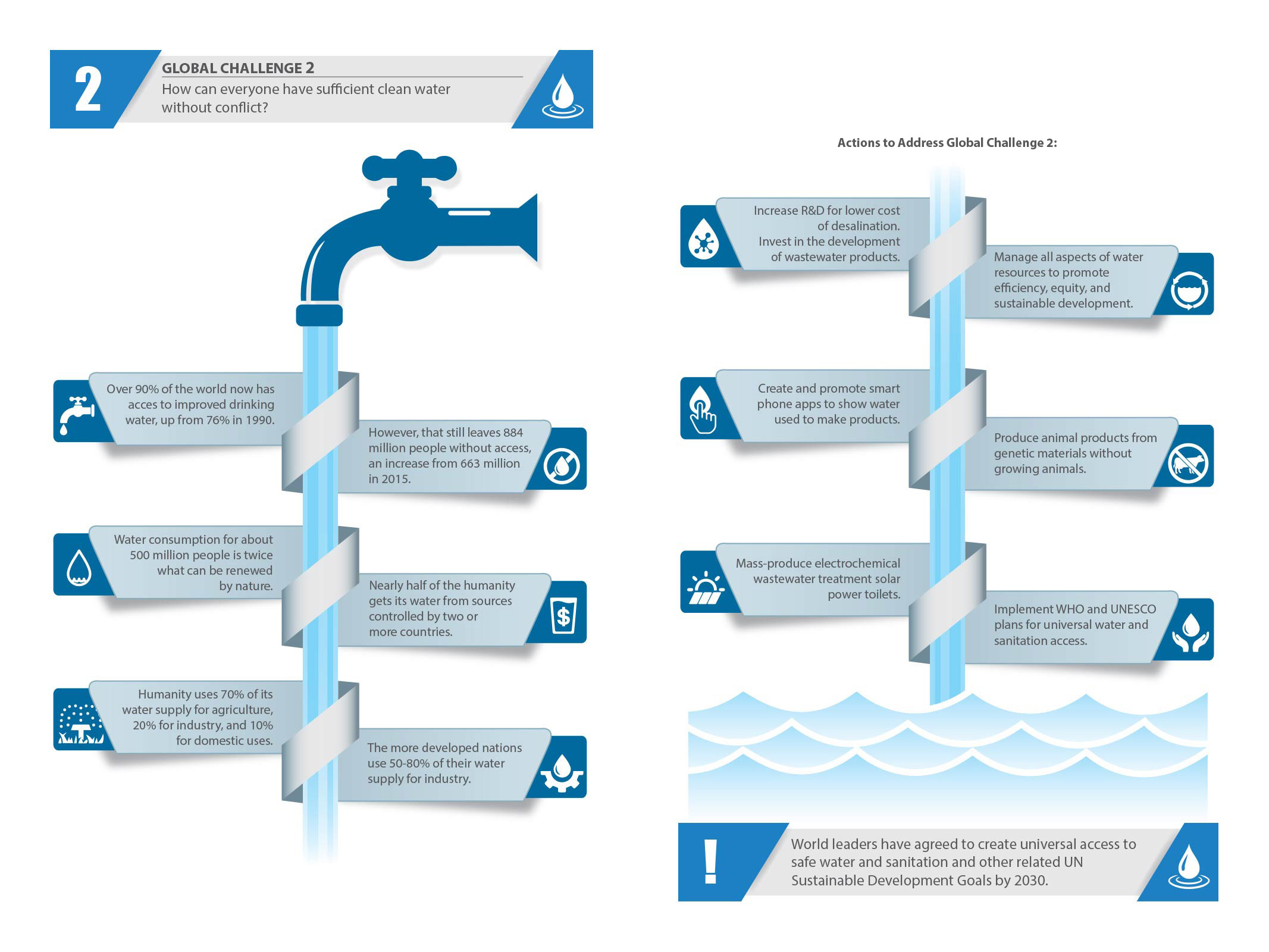 Global Challenge 2. How can everyone have sufficient clean water without conflict?

Global warming will continue to increase frequency and duration of droughts, while increased population and industrialization are lowering water tables worldwide. However, over 90% of the world now has access to improved drinking water, up from 76% in 1990. That is an improvement for 2.4 billion people in just over 20 years. Nevertheless, that still leaves 785 million people without access, an increase of 122 million since 2015. About 45% of the world (3.4 billion) lacks access to safe sanitation.

Water consumption for about 500 million people is twice what can be renewed by nature, the volume of untreated wastewater increases every year, and about 80% of all wastewater is discharged without treatment (UN World Water Development Report 2021) and 2 billion lack improved sanitation. Nearly half of humanity gets its water from sources controlled by two or more countries. A third of humanity does not have access to a proper toilet or latrine, and 892 million people still defecate in the open.

Humanity uses 70% of its water supply for agriculture, 20% for industry, and 10% for domestic uses; however, the more developed nations use 50‑80% of their water supply for industry. As the developing world expands its industries, agriculture, and population growth, and as GDP per capita income rises, water consumption per capita will increase, making it impossible to avoid serious water crises and migrations unless major changes occur.

As income increases, meat consumption increases. This increases water and land usage causing potential rural/urban conflicts as the global population increases by 1.8 billion by 2050. It is also likely to increase meat prices making it difficult for poorer populations to get sufficient iron and protein for neural development of children. If we cut out the “middle man” (animals) in meat production and grow meat from genetic material directly to food, then water, land, and energy demand is reduced as well as GHG emissions. If saltwater/seawater agriculture is developed along the wasteland coast lines of the world, CO2 is sequestered from the air, fresh water demand is reduced, droughts are not a problem, and algae can be produced (among other things) which is a major feedstock for growing meat without animals.

World leaders have agreed to create universal access to safe water and sanitation and other related UN Sustainable Development Goals by 2030. 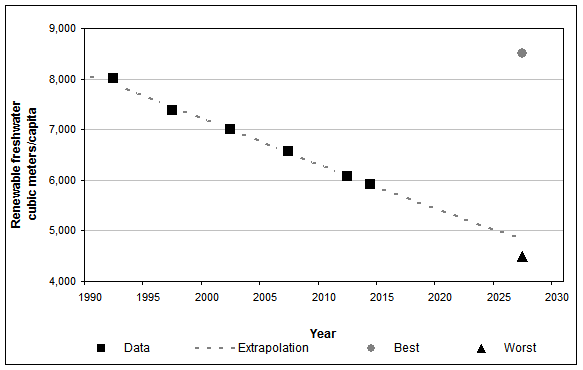