Updates on the Open Letter to the UN Secretary-General 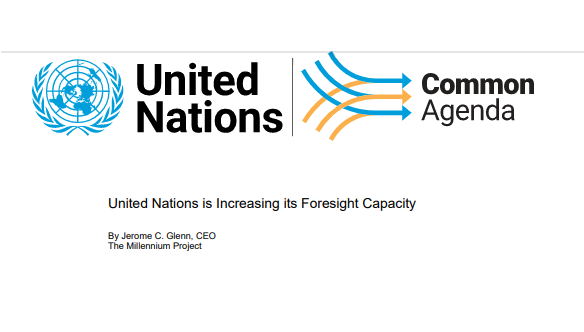 Updates on the Open Letter to the UN Secretary-General

To the Signatories to the Open Letter to the UN Secretary-General to conduct a feasibility study for a UN Office on Strategic or Existential Threats:

September 2, 2021 the open letter including 200+ signatories and a background memo was delivered to UN Secretary-General Antonio Guterres. UNSG Guterres responded to the letter by asking that Jerome Glenn, Chair of TMP, meet with Ayaka Suzuki, Director of the Strategic Planning and Monitoring Unit in the Executive Office of the Secretary-General (EOSG) and the staff responsible for implementing Our Common Agenda includes periodic “Strategic Foresight and Global Risk Reports.

We are likely contribute to how the Agenda is implemented and you will be invited to participate.

We now have a draft Real-Time Delphi on the implementation of the five major foresight elements of Our Common Future (including the Strategic Foresight and Global Risk Report that includes existential threats) approved by the UNSG’s staff pending a UN review covering Foresight on March 4th(cluster nro. 4).

There will be a webcast on the General Assembly consultation in case you are interested in tuning in.

The full background is attached.

Section B of the report, addressing Major Risks of Our Common Agenda item 98 says:

“An effort is warranted to better define and identify the extreme, catastrophic and existential risks that we face. We cannot, however, wait for an agreement on definitions before we act. Indeed, there is an ethical imperative to act in a manner compatible with the dignity of human life, which our global governance systems must follow, echoing the precautionary principle in international environmental law and other areas. The cost of being prepared for serious risks pales in comparison with the human and financial costs if we fail.”

Hence, the thrust of the proposed UN Office of Strategic Treats is now in the UN report. The question is how it and other foresight elements can be implemented.

Asking your Minister of Foreign Affairs to have their Permanent Representative to the UN endorse the report in the UN General Assembly could help prevent this report from being one more left on the shelf to gather dust.

We have never had a UNSG so aware of the role of foresight and willing to put it out front in UN reform.

We also inform you that on March 1st we celebrate the 9th World Futures Day, with a continuous 24-hour round of conversation with the participation of hundreds of specialists, futurists, scientists, politicians, intellectuals, academics, artists, from the five continents.

I share with you a preliminary report of the results of this day. 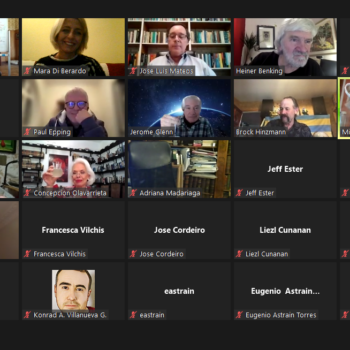 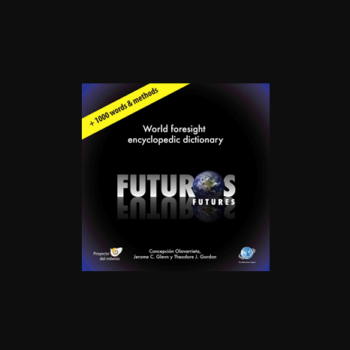